The most widespread Soviet standard housing blocks can be placed into one of several main construction types. See what they look like. 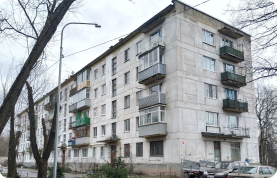 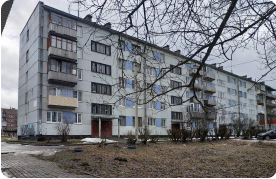 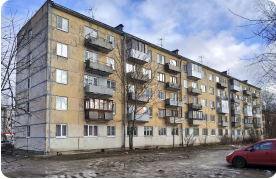 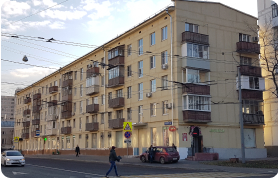 Since only axial walls in these buildings are load-bearing, each floor can be laid out flexibly, but the width of the building itself remains limited. 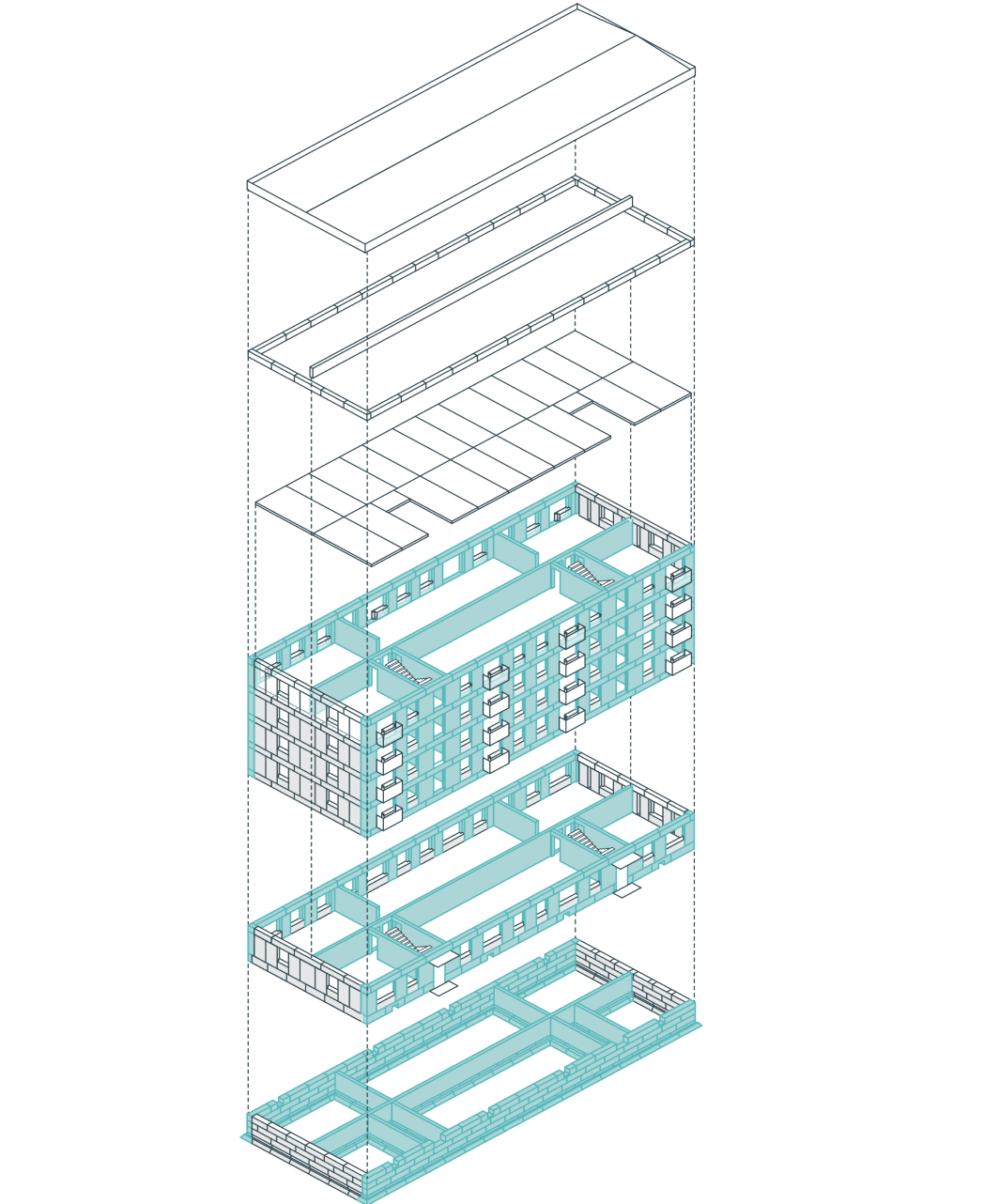 The presence of load-bearing walls between apartments limits the ability to change the configuration of apartments on a floor, but the space inside them can be flexibly rearranged. 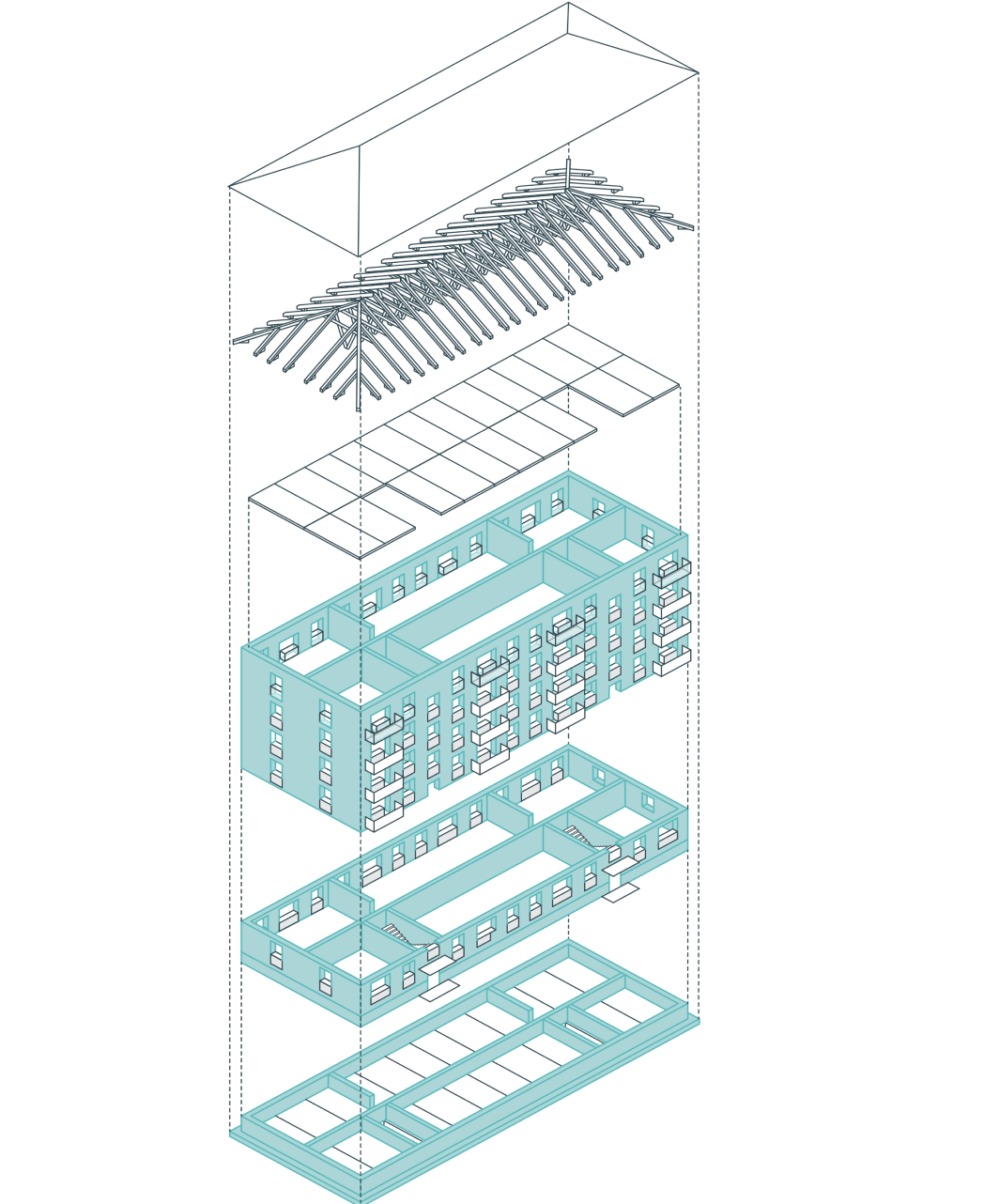 Frequently placed transverse walls limit the ability to join spaces within and between apartments. 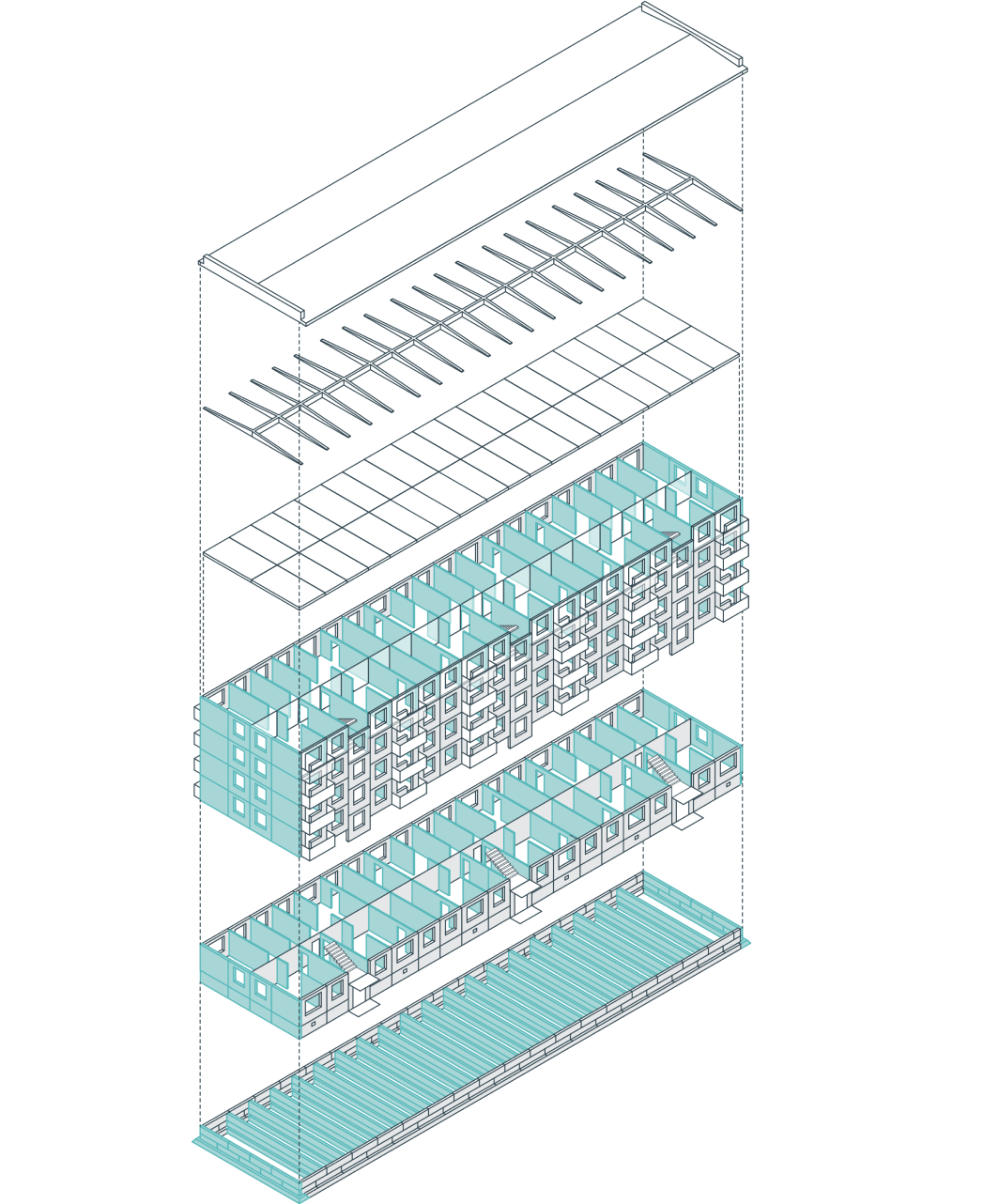 Since some walls between apartments are load-bearing, the ability to rearrange apartments amongst themselves is limited. 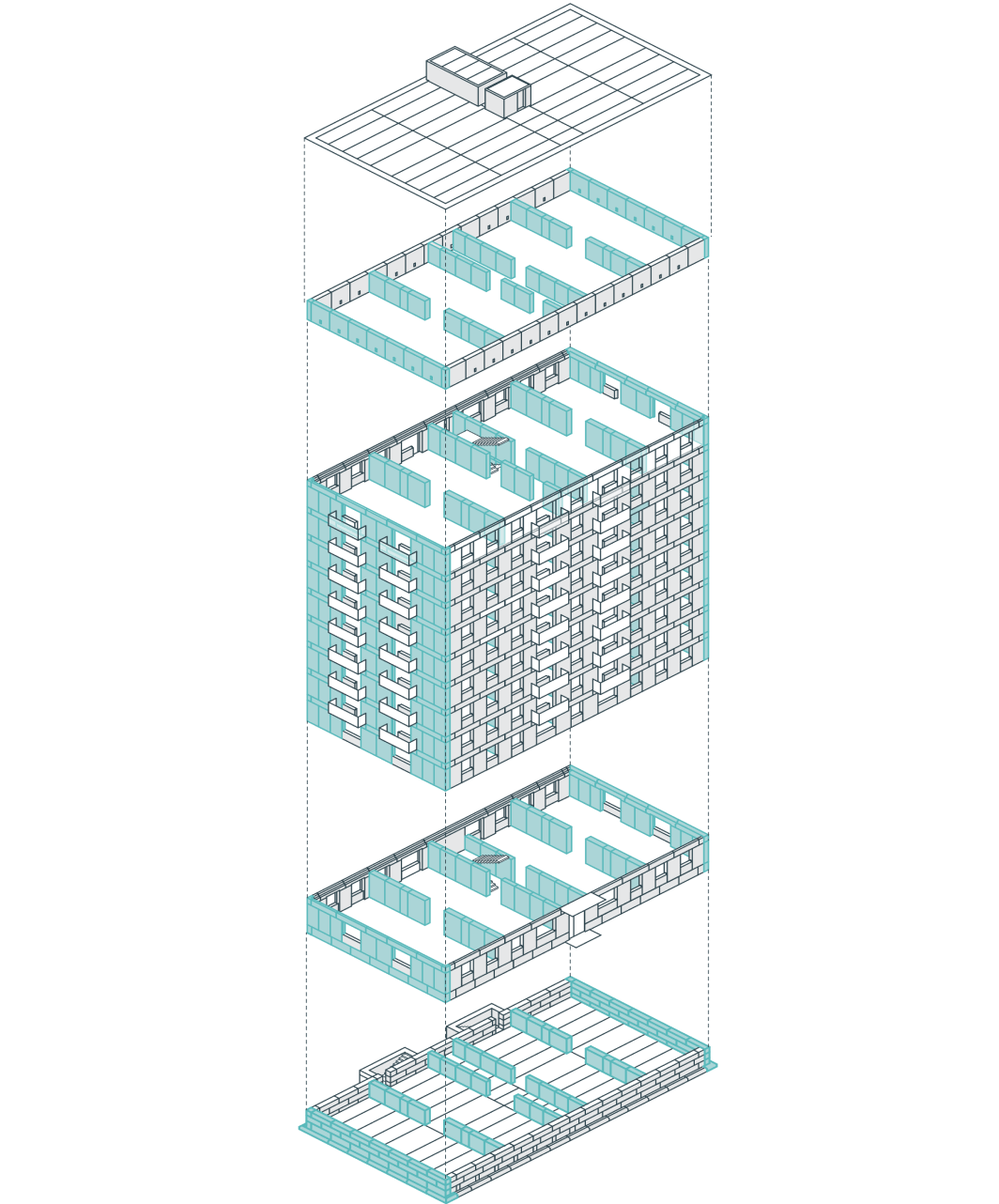 The absence of load-bearing walls around the perimeter of the building enables flexible changes in the layout of living spaces and the organisation of multi-functional ground floor spaces. 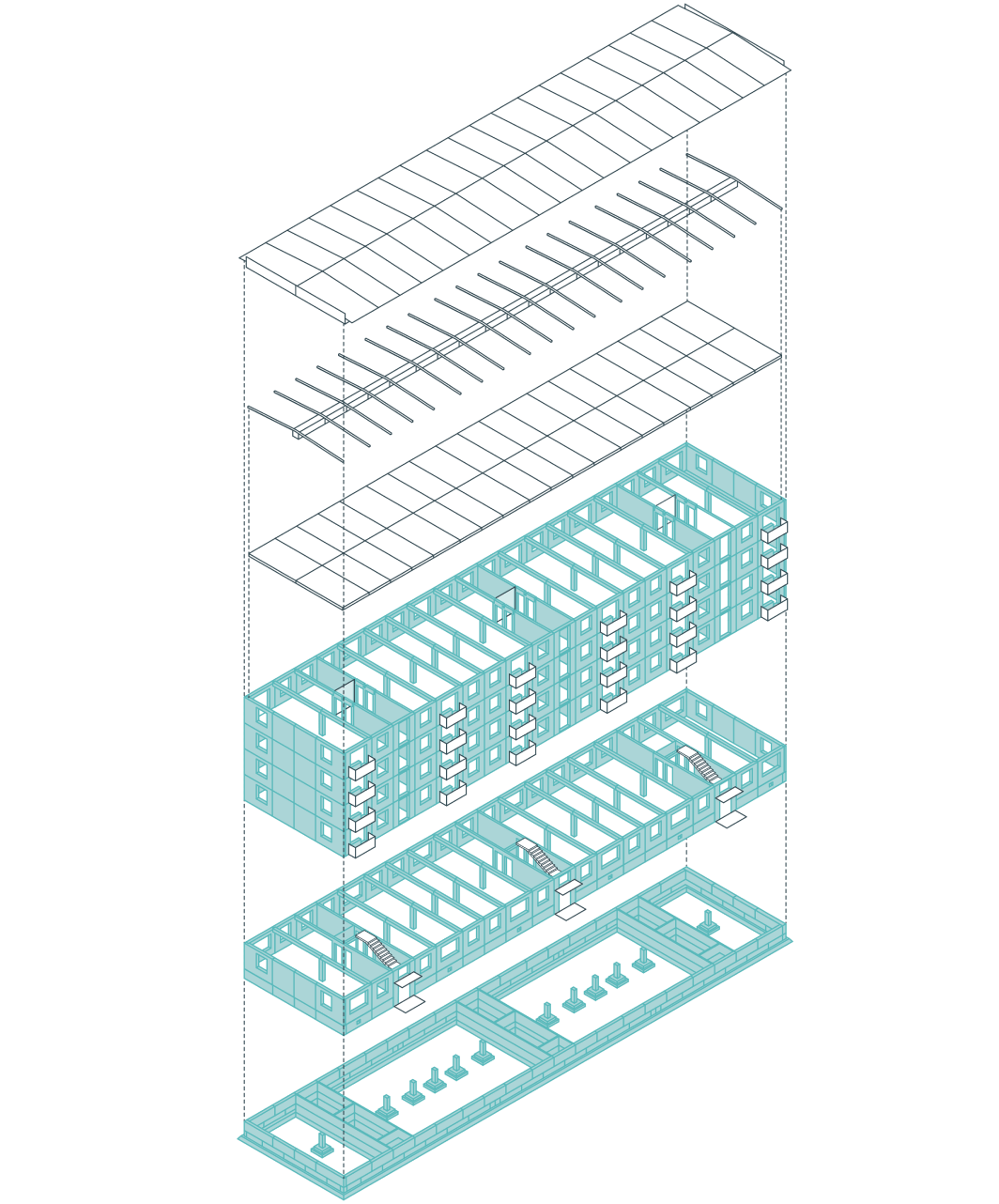 A complete carcass system allows space to be freely organised on each floor. Since exterior walls are not load-bearing, the possibilities for the building’s facades are limited. 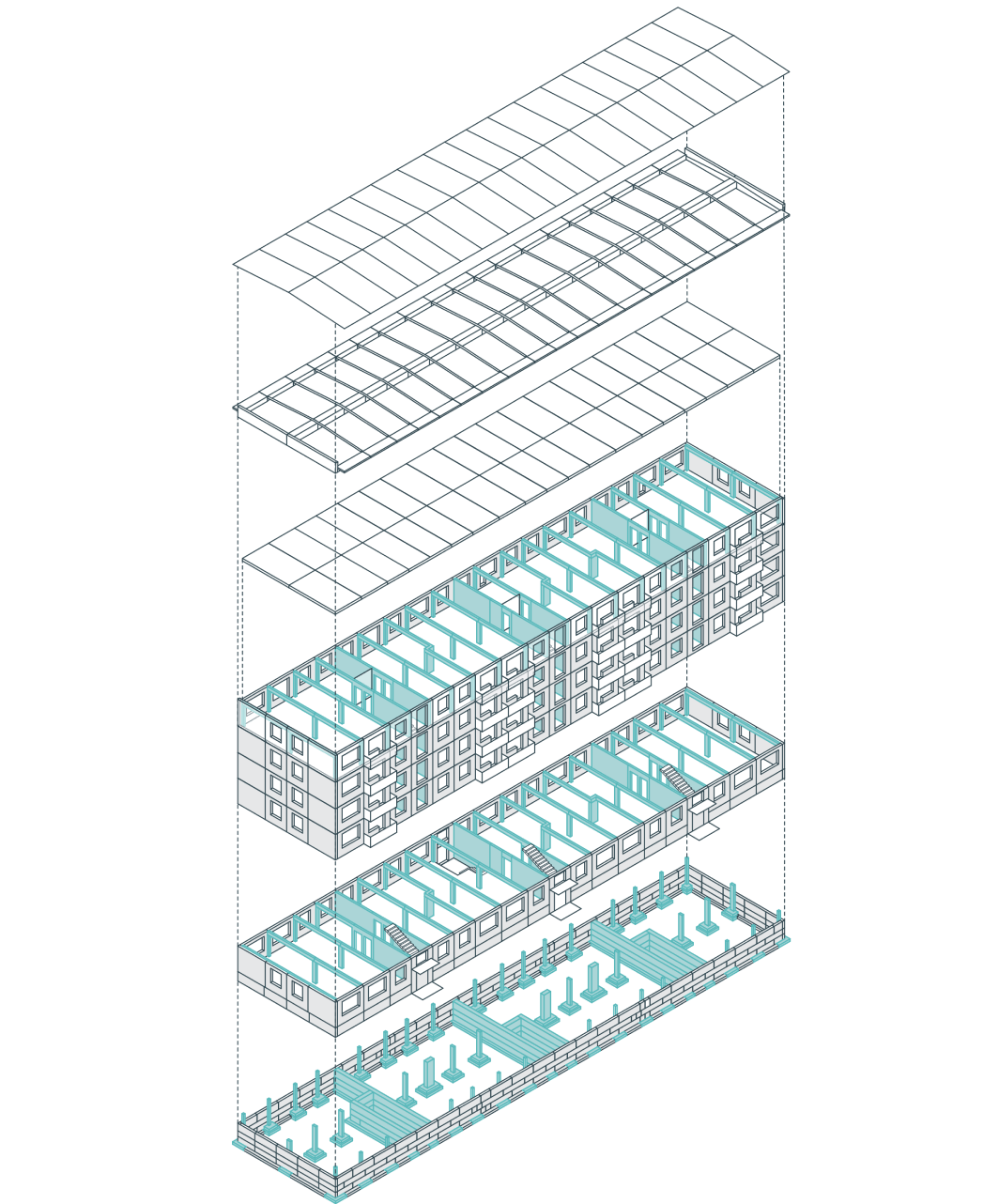